Retail | BOGO Promotions (Buy One Get One)

A BOGO promotion is a common promotion where when more than one of a product(s) is purchased, one of them is discounted. In most cases to half off or more.

If you have already created your promotion, and want to skip ahead to using/testing it, jump to the Using a Promotion section of this article!

Creating or Editing a Promotion

The following steps will show a detailed walkthrough of creating a new promotion, or where to edit an existing one. You can also find a video showing the steps in real time below.

1. Select the Loyalty / Marketing tab on the BLAZE web app and click Promotions. 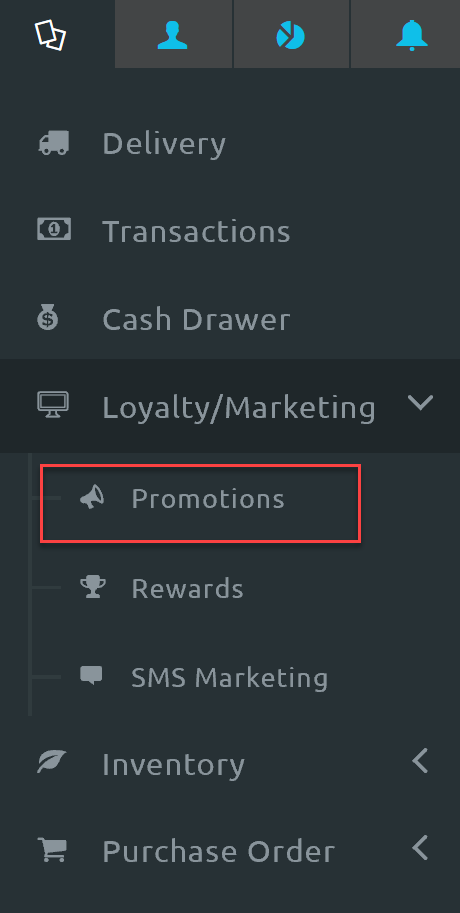 3. Define the rules specific to the promotion you want to run. For more information on promo rules, please refer to the Promotion Rules article found here.

The following setup steps will walk you through the required settings to make a BOGO promotion work.

Here is the settings page for editing a promotion. In this picture, you will see an example of a preroll BOGO promotion, and all of the settings already set up. Below the picture, we will cover each field, what it does, and why we are setting it the way we did. 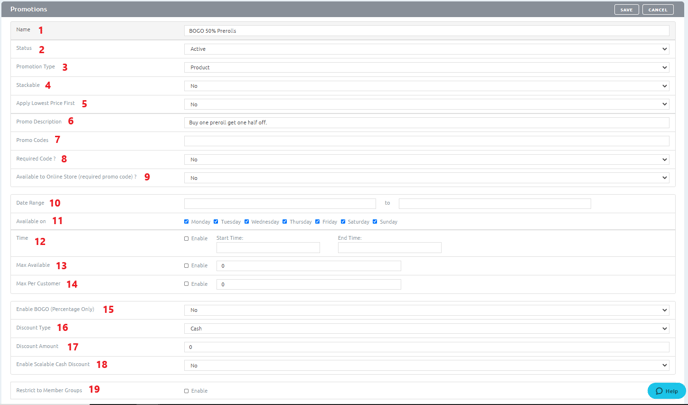 Now that we understand the different settings for a BOGO promotion and which ones we need to ensure the BOGO is working as intended. The final step is to create the rules of the promotion. Promotion rules are the guidelines that tell the system when an order or product qualifies for it. For our example, we are doing a buy any one preroll, get any preroll half off. So our main rule will be that the cart must contain at least one product from the preroll category. It is worth noting if you run a promotion like this, it is highly advisable to make sure the Apply Lowest Price First setting is set to YES so the system does not accidentally apply the half off to a higher valued preroll. Below is a picture showing the rule being set up, right before saving it.

If you have been following along, you can now save your promotion.

Using a BOGO Promotion on the Web and the POS app

A Promotion can be used both on the Webapp and the iPad POS app. Below you will find a picture of where to find the promotions on each. 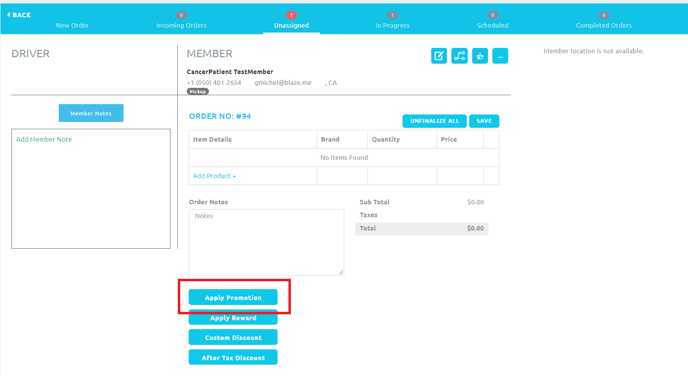 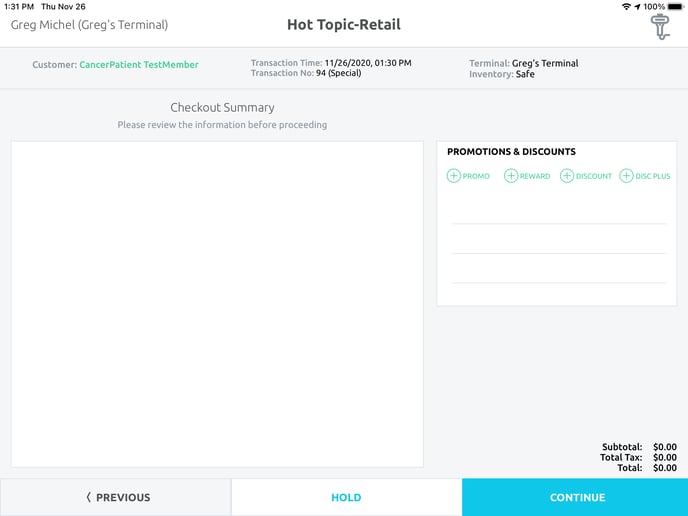